So I normally work on a Saturday but I had today booked off to spend with Colon, E and C. As it was E’s birthday this week we wanted to do something fun together as a family. Colon found that the Wolsey theatre had little story tellers on for 3-4yr olds. This did not sound like my idea of fun but it was free so thought we would give it a go.

We set off and made it to the theatre early which is highly unusual for me. We had time to get drink and chill out for a bit and C was napping in the pushchair.

We were taken upstairs and there were cushions set out for 20 children and the story teller asked the 3-4yr olds what the difference between a story makerand a story teller I knew we were in for an enthralling morning but at least I had my klean kanteen full of piping hot coffee to see me through.

It soon became clear that E had no interest in what was going on and was running around like a loon on loon tablets. Thank god the session was only 40 mins long.

We finally got out of there and headed to the shops. Colon went and got a hair cut while and I braved primark with E and C. There were a couple of tantrums but I got a few bargains so it was a successful trip.

We then went onto boots to stock up on essentials and to also get E and C new cups because every single non spill cup we own leaks. Everywhere. I’m starting to come to the conclusion that there is in fact no such thing as a spill proof children’s cup but I found one we haven’t tried and bought that along with some new sleepsuits for C which are rather cute. 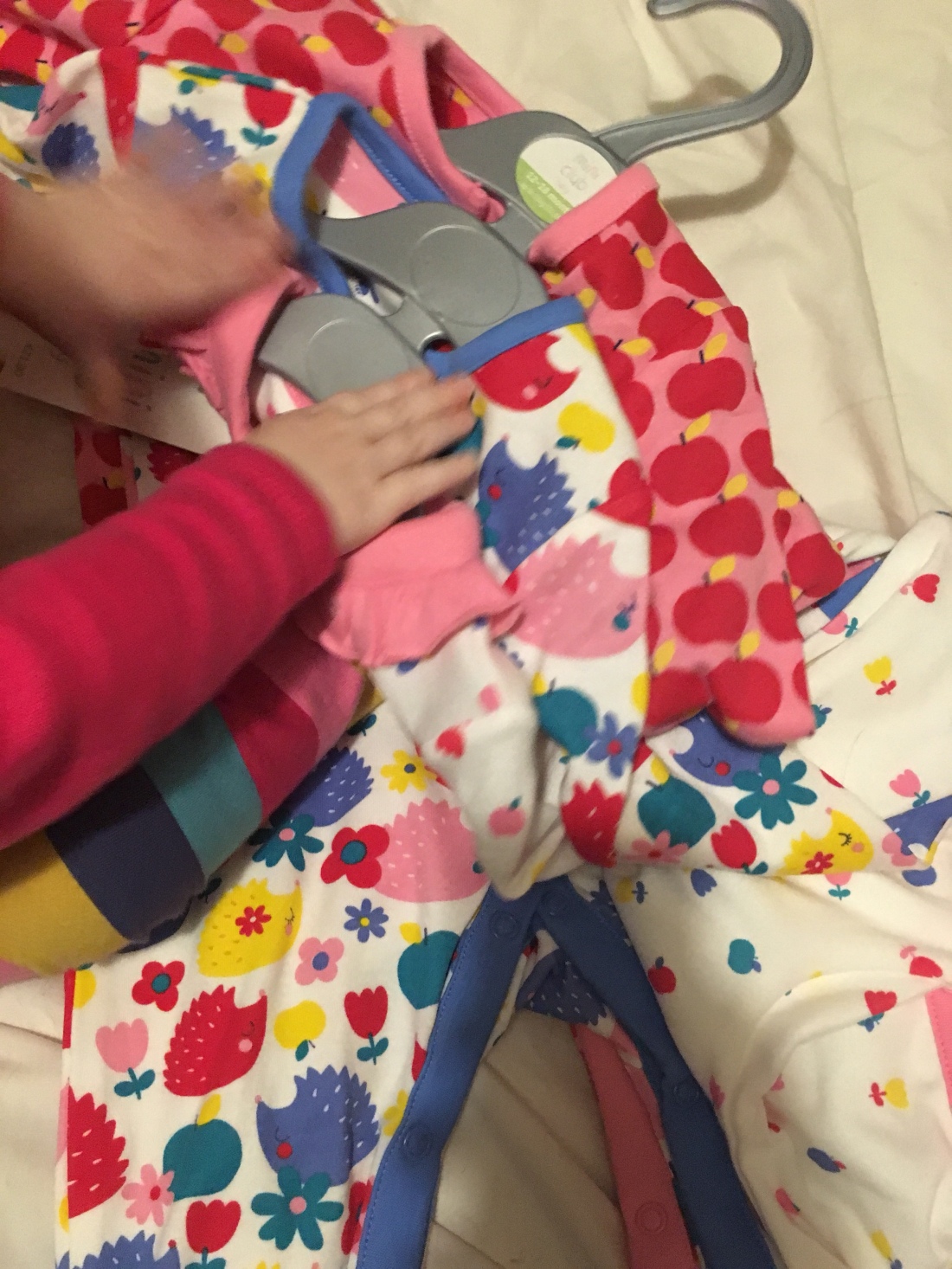 Then it was time for lunch. We headed to the harvester because we love a salad bowl and a roll. We get shown to our table which is right next to the salad bar. Bonus. Meals picked and everyone has a bowl and some rolls and all is going well. I ordered what was essentially a mini toad in the hole for C. The food arrives, everyone is happy. And then E announces she needs a poo. Every. Single. Meal time. She needs a poo. At least she is regular I suppose.

Kids dropped off at the pool and we return to the table. I grab a couple more rolls for the girls and then I go back to the table. I end up skidding across the restaurant on a sausage that C has dropped and almost break my bloody neck. She eats so well but I am so done with the mess that comes with BLW. Fingers crossed she is out of the food dropping phase soon.

After our meal Colon wanted to look for some records and I looked around the local fabric shop. E helped me pick some fabric and we then headed home for a chilled out rest of the afternoon.

Both girls asleep by 7pm and it’s film time for me and Colon.

View all posts by asuspiciouslookingtoffee